Cutting was quite easy, with no real difficulties. My Dremel was enough for that, I just had to follow the “tooth lign” to only keep the molding of the teeth.

And to keep them always with me, I 3D printed a nice box ! 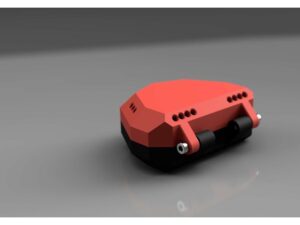 By the way, I had to remove the last tooth of my upper jaw for two reason: my mold was not good enough on these teeth, and the aligner was too big for my box 🙂

Final challenge : the thermoforming ! Final, but definitively the part that was very long to adjust.

For that, I found dentist material (transparent thermoforming sheet 1mm) on internet, easily, for less than 0,4 euros each sheet.
This material was right, and 1 mm is enough (I tried 0,5 mm, but that’s too thick after thermoforming it)

This plastic sheet melt around 160°C, so I guessed that a heat gun was enough. WRONG ! 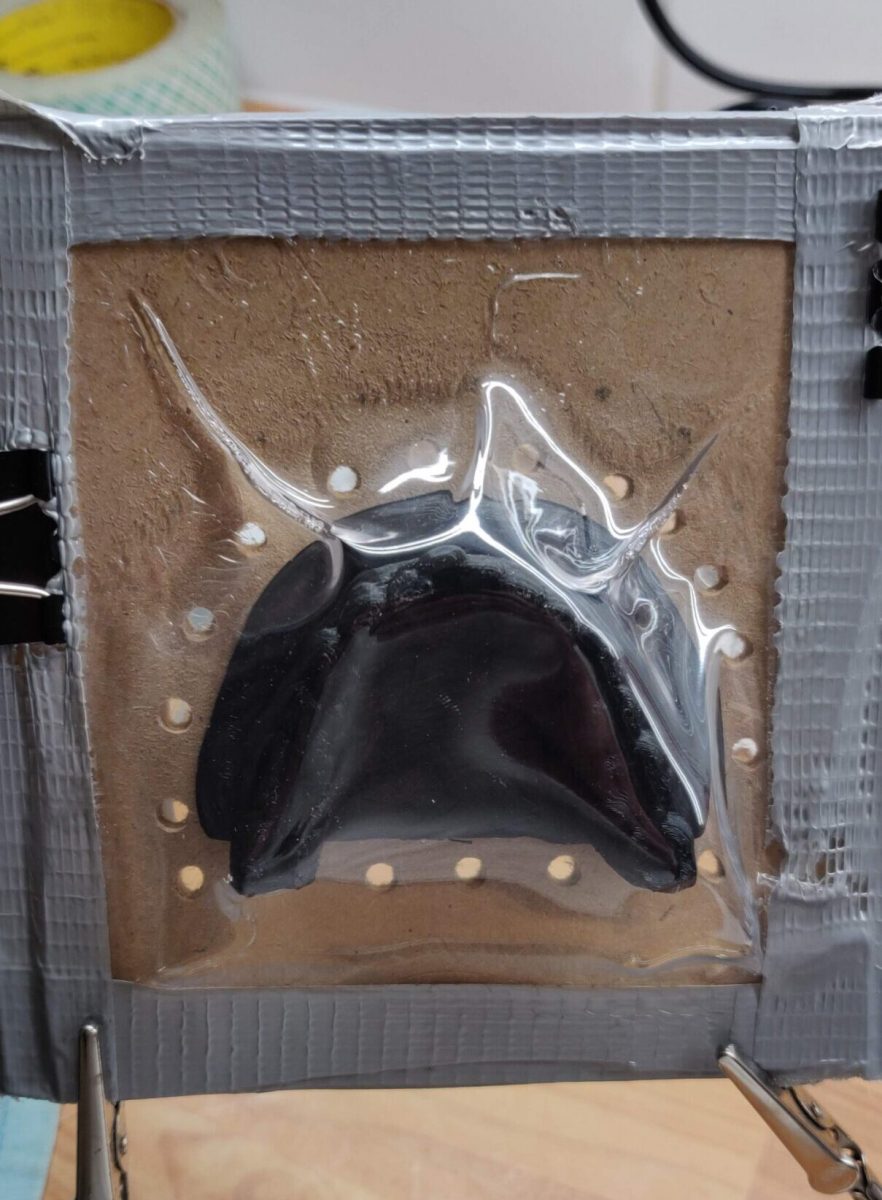 At first, a thought that a handgun with some aspiration will be enough

At this point, I needed to perfect my system.
Dentists are using specific machine for the thermoforming, you can find some cheap one on eBay around 150€ but I prefered to built mine.

I found an interesting video on YouTube (or this one), showing the process : heating (a lot) and then vacuuming. My mistake was to try do it at the same time.
So I designed a frame, and use my kitchen oven for the heating part.

I created an aluminium frame to hold the dental plastic sheet, to heat it in my oven :)

This went really well, even if I had to perfect my system in the beginning. Timing of heating and good aspiration were important.
At the beginning, my success rate was below 30%, and at the end (few days later) I was above 80%.

Sometimes I used a bit the heat gun to complete the thermoforming, because my aspiration was not strong enough. It was for small adjustments, but not always a good idea with the PLA nearby.

The last step was the cutting.

The 3D scan will be a real challenge : the goal is to get the best possible scan of my jaw, because at the end it will impact the movement of my teeth. At this scale, millimeter counts.

At first, I tried to look for “fab lab” around Paris where I could eventually find a 3D scanner to use. Dead end, either the lab were definitively closed or there were too far from my house or work.

I found a company on internet, in Paris also, that realized 3D scan with professional scanner : the quote for my jaw was around 200€. No way ! I had to find something cheaper. (I was not even sure of the result at this time, and didn’t want to engage to many money)

Finally, parsing the infinite internet, I found solutions to do it myself. Why not, I really enjoy do things only by myself !
I discovered the photogrammetry : a technique that transforms multiples images of an object into a 3d object. Nice, that’s what I need !
First I tried mobile app on my phone, but the result was quite cheap : a smartphone cannot process so many data.
But then, I found Meshroom ! #holygraal

Meshroom is an open source photogrammetry software, almost usable by everyone.

The first tries I did were not very conclusive, but I look for advices to improve the scan, and some French guys on Youtube give me the perfect trick : dots !
As Meshroom will try to match different pictures from my model, I needed to help him with points that it can identify and recognize.
It works like a charm (after 2 hours of compute, with a hundred picture), and I get a very nice 3d model with only my smartphone as a camera and a computer !

My 3D model is there, the first challenge is a success !

Next step, the manipulation of the 3D model.