That’s the easy part, with no real challenge, as I already own a 3D printer (gift from my previous colleagues, on my wife’s precious advice. I love you !)
I’ve got a DiscoEasy 200, from Dagoma (a french company) : it’s a nice 3D printer to begin with, itself partly printed.

With my 3D model ready, I “just” had to export it in STL format, in order to print it.
Yeah “just”.. I had forgot a basic universal rule ! 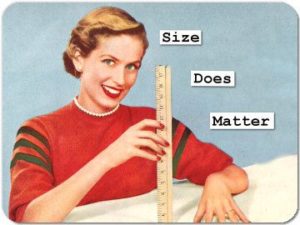 A thing I completely forgot since the beginning, is that “size does matter” !

After the creation of my first aligner and its try for a few hours, I realized that something was wrong (as it was quite painful !) The 3D scan was one thing, but there was a challenge to modelize my jaw at the exact same size. My first 3D model was not precise enough, and had less than 1mm wrong in size.

So I had to resize it precisely, with 2 iterations of resizing-printing-trying. I measure the final 3D print a caliper on multiples points, and also try it with my upper jaw.

About the 3D printing, I used :

Each print is about 1 hour, and use around 8 gr of PLA.

Next step (and final ?), the aligner’s thermoforming !